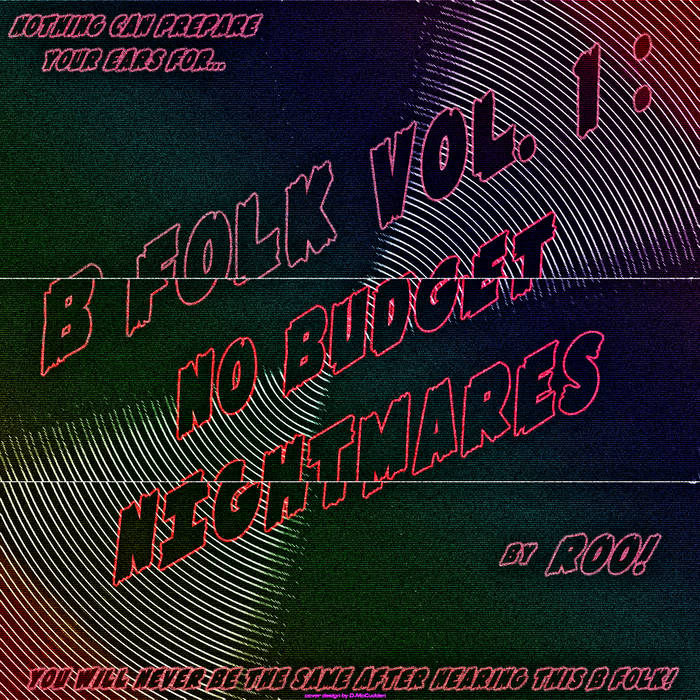 B-Folk is a genre created by Roo to describe a project he that no other person would dare take on: recording homages to low-budget films, giving them the respect and love they deserve. Each film was reviewed and discussed by Doug Tilley and Moe Porne on their amazing podcast, No Budget Nightmares, and Roo supplied a song per episode to give the flick a proper send off.

The songs were mostly written while watching the movies themselves, honed in a solo jam session after the movie was finished, and recorded in a couple of hours afterwards. The shortest session was three hours, the longest seven. All instruments - guitar, bass, banjo, mandolin, keyboards and accordion - were played by Roo.

Part songwriting experiment, part DIY recording challenge and part giving back to the community of low-budget filmmakers who have entertained Roo for decades, B-Folk is a testament to the fact that even if you only have $500 in your pocket someone will give a shit about the art you make.

Watch the movies. Listen to the podcast. And to hear the songs that will appear on Volume 2, subscribe to No Budget Nightmares.

All songs written, performed and recorded by Roo

Recorded using Ableton Live, a MacBook Pro, some microphones and a dream.

Roo is a multi-instrumentalist singer-songwriter from Toronto, Ontario. From pretty songs to f'd up tracks inspired by low-budget films (B-Folk).

Bandcamp Daily  your guide to the world of Bandcamp